How Women Entrepreneurs Push Boundaries To Inspire The Next Generation

People who inspire us have a spark. They have something within themselves that is bold and courageous. They push themselves to be uncomfortable. Shyla Sheppard, a native American from Fort Berthold Indian Reservation in western North Dakota, has shown this spark throughout her life. She is a member of the Mandan, Hidatsa and Arikara Nation, also known as the Three Affiliated Tribes. 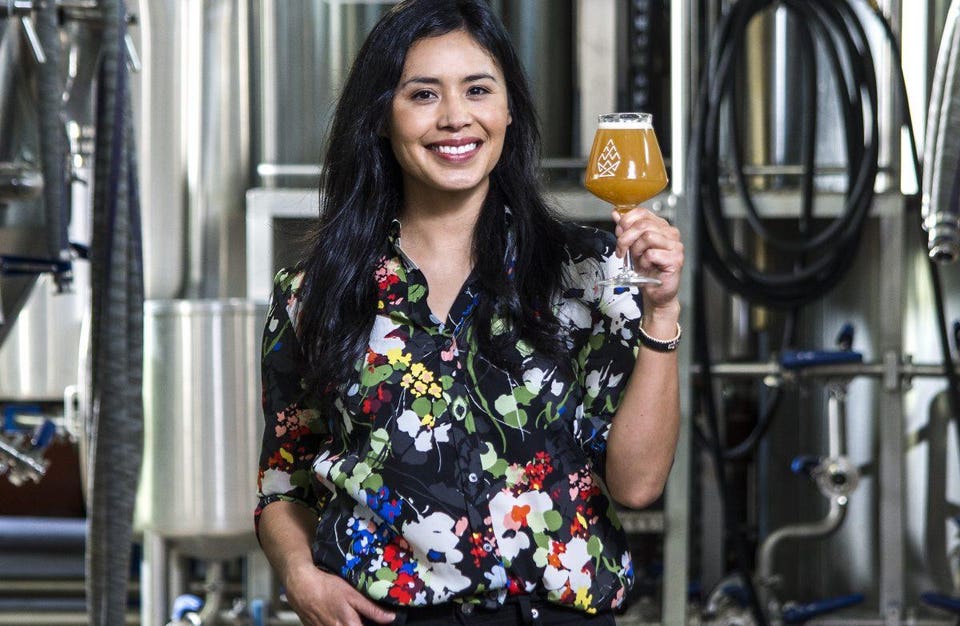 “It was evident that there was a lower expectation of us kids from the rez,”Sheppard said in her profile as a board member of First Nations Development Institute. “I felt that. And it made me work harder.” And her hard work paid off … for her, for the economy of the Southwest and for sustainability.

Encouraged to apply to Stanford, Sheppard studied economics and learned about venture capital. Intrigued by the concept of venture capital, wanting to do good, and interested in New Mexico, she joined New Mexico Community Capital, an Albuquerque-based social venture capital firm.

“These experiences furthered my development, growth and willingness to take risks,” said Sheppard. “It reminded me to continue to push myself outside of my comfort zone and make a place myself.” After eight years, “I realized that I wanted to start a business and build something from the ground up.”

Intrigued by the flavors, history and geography of craft beer, she examined the regulatory environment, evaluated the industry from an investment perspective and analyzed it from a practical and pragmatic viewpoint.

Bow & Arrow was born. Sheppard is one of growing number of Native American/Alaska Native women who own businesses. From 1997 to 2017, the number of their businesses increased 201% versus 114% for all women-owned firms, according to American Express 2017 State of Women-Owned Businesses*.

Wanting to build a sustainable business model, Bow & Arrow does production onsite, has a taproom and a distributors license. It can sell directly to consumers, through local restaurants, bars, hotels as well as through Whole Foods, Total Wine & More — a wine and beer superstore — and highly regarded local bottle shops.

Sheppard’s vision is to celebrate the land by creating beers that reflect the southwest. The head brewer brings experience in barrel sour beer production and a culinary background. Using locally foraged ingredients, such as sumac berries, he has created Bow & Arrow’s kettle sour lineup.

Sheppard invested her own money and so did her family. When she went to business associates to get feedback on her pitch deck, she received not just a thumbs up on her presentation but investments. She also tried for money from the Bureau of Indian Affairs (BIA) Loan Guarantee Program but it wasn’t good a fit for small businesses. Instead, she got an SBA guaranteed loan from a bank.

As a Native American woman, Sheppard has done a lot of firsts and put herself outside her comfort zone, and as the only woman or the only native woman in many situations. “At times, it feels like a heavy burden,” she said. But, “the more you do it, the easier it gets … So I keep pushing myself and pushing boundaries.” Her motivation: her 15-year-old niece. Sheppard wants to show her that that someone just like her did it so can she.

After A Janitor Walked In On Her Pumping, This Entrepreneur Created Private Lactation Stations
Kalika Tallou Davis Redefines Beauty and Holistic Business Success